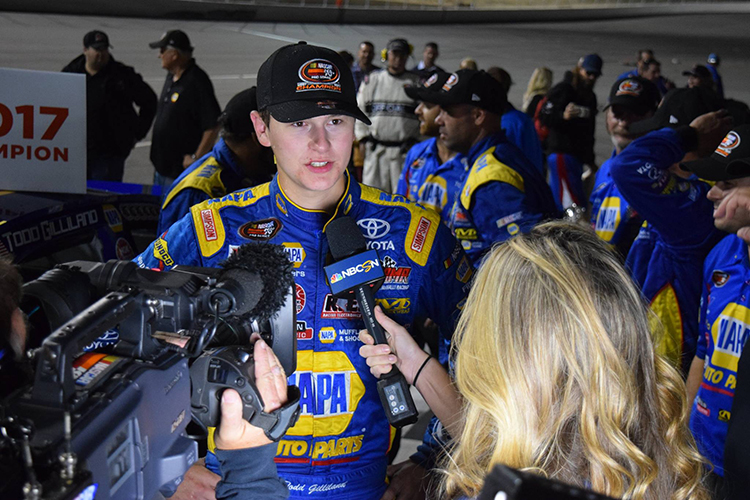 Bill McAnally Racing – known as a powerhouse team at the regional level of NASCAR, with a record number of series championships and race wins – is also known for providing young drivers an opportunity to develop their skills and further their career in motorsports.

Some drivers have spent multiple seasons with the team, honing their talent; while others passed through more quickly, as they moved up the NASCAR ladder. Yet others took advantage of the opportunity with BMR to compete in select events or get experience at a particular track.

Drivers who recently competed on a full-time basis at BMR – as they gained critical experience in a NASCAR stock car – include Cole Custer, the NASCAR Cup Series 2020 Rookie of the Year; Riley Herbst, of the NASCAR XFINITY Series; and Todd Gilliland and Derek Kraus, of the NASCAR Camping World Truck Series.

Success of young drivers at BMR is reflected in the seven series newcomers in the past 16 years who won the Rookie of Year Award while driving for the team. Drivers who won rookie titles at BMR include Andrew Lewis, 2005; Peyton Sellers, 2006; Paulie Harraka, 2009; Todd Gilliland, 2016; Derek Kraus, 2017; Hailee Deegan, 2018; and Jesse Love, 2020.

BMR – which is headquartered in Roseville, California – made its debut in what was then known as the NASCAR Winston West Series in 1992, with car owner Bill McAnally behind the wheel. McAnally, who had won the NASCAR Winston Racing Series late model track championship in 1990 and experienced success in the early years as he built his Winston West team, opted in 1998 to turn over the driving duty and focus on his role as a team owner.

As BMR has grown through the years, the series where the team calls home has also evolved. Known as the West’s oldest stock car circuit, it carried the Winston West moniker for many seasons. It later joined with NASCAR’s old Busch North Series to form the East and West divisions of what became the NASCAR K&N Pro Series, serving as NASCAR’s top developmental series. The series came under the ARCA name in 2020, becoming NASCAR’s ARCA Menards Series East and ARCA Menards Series West.