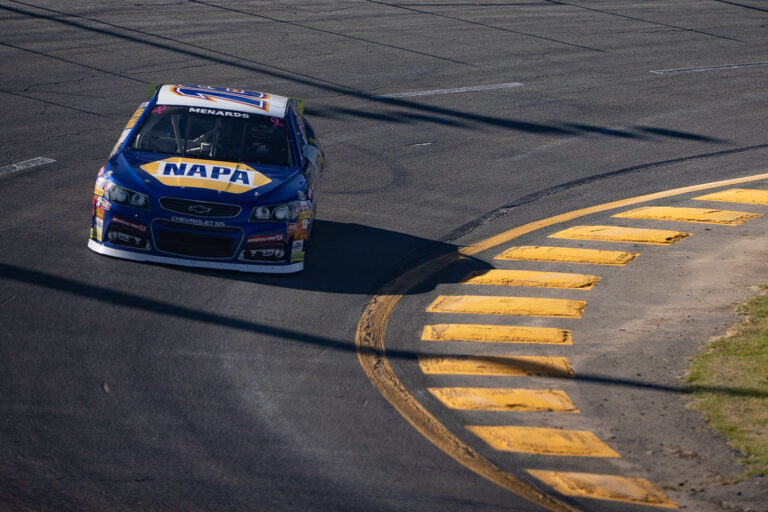 • Action Set For The Bullring at Las Vegas Motor Speedway

ROSEVILLE, Calif. (Oct. 12, 2022) – Bill McAnally Racing will carry the momentum of its 100th ARCA Menards Series West win into Friday’s Star Nursery 150 at The Bullring at Las Vegas Motor Speedway. An outstanding field of drivers has assembled to go after the win in the entertainment capital of the world.

BMR’s Cole Moore of Granite Bay, California will try for his second consecutive victory in the series after enjoying his breakthrough first win during the NAPA AUTO PARTS 150 at All American Speedway on Oct. 1. Moore drives the No. 99 BBB/ JM Environmental Chevrolet SS.

The Roseville win boosted Moore to second in the championship standings, with two rounds remaining. He remains mathematically in the hunt for the series title on the strength of six top-five finishes. He made his only Las Vegas ARCA West start in 2021, with a sixth-place finish. He has previously competed at the 3/8-mile bullring in Late Model competition, as well.

Landen Lewis of Ocean Isle Beach, North Carolina makes his maiden Bullring stock car start this Friday in the No. 16 NAPA AUTO PARTS Chevrolet SS. Lewis previously raced – and won – in a Legends car at the facility in September, against a 30-car field. Lewis’ mentor and NASCAR Hall of Famer Ron Hornaday was the inaugural West Series winner at the track in 1994. Hornaday also won twice at the Bullring in a Southwest Series car. Lewis has challenged within the top-five consistently throughout his rookie season, accumulating a win, two top 5s, and 4 top 10s in six starts in 2022.

BMR made history with its 100th series win at Roseville and Las Vegas has been the site of additional history-making moments for the team. Gracie Trotter drove a BMR entry to victory at Vegas in 2020, to become the first woman to win an ARCA-sanctioned race. BMR also enjoyed a victory in 2002 with Austin Cameron driving the NAPA AUTO PARTS Chevrolet to victory lane. Jim Inglebright added to that, giving BMR a win there in 2003.

Team owner Bill McAnally and driver Landen Lewis will make visits to NAPA AUTO PARTS stores and NAPA AutoCare shops in the Las Vegas-area before Friday’s race. Special guests from NAPA will be in attendance for the event, including VIP Guest Crew Members. BMR worked with the LA District and Vegas area stores for guest experiences during the penultimate round of the 2022 season.